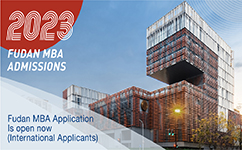 Fudan University has four campuses; they are Handan campus and Jiangwan campus, which are only 2 miles (3.2 km) apart, the Fenglin campus and Zhangjiang campus. All the four campuses are in downtown Shanghai. School of Management, International Student Office and the International Student Dormitory are located on the Handan Campus, which is also the main campus of Fudan University. Before leaving the airport ensure you have enough RMB with you until more permanent banking
arrangements have been made. There are money exchange stations and an ATM in the Arrivals terminal at both Airports. Taxis, metros and buses in Shanghai only accept cash.

There are taxis available from the airport to the campus. The average cost is approximately 180 RMB from Pudong airport and 120 RMB from Hongqiao Airport. There are regular bus services from Pudong Airport to Shanghai City and the bus stop is directly outside the Arrivals terminal. Fares cost approximately RMB20 and the journey takes 45-50 minutes.

From Pudong International Airport
The airport in approximately 40 kilometres away from the Fudan University Handan Campus, and you can use one of the following transportation modes to arrive in school:

By taxi:
There are taxis available directly outside the Arrivals terminal. The cost is approximately RMB 180.

By airport shuttle bus:
You can find different routes of airport shuttle bus at the main exit of the airport. Route 4 (JI CHANG SI XIAN in Chinese) can take you to Wujiaochang, a station very close to the Fudan University. After getting off from the bus at Wujiaochang, you can take a taxi to your apartment, which is only a 5- to 10-minutedrive and will cost you 14 RMB.

From Hongqiao International Airport
The airport is approximate 20 kilometres away from the main campus, and you can use any one of the following transportation modes to arrive in school:

By taxi
There are taxis available directly outside the Arrivals terminal. The cost is approximately RMB 120.

Tickets can be purchased from the ticket windows or the self-service ticket vending machines at the rail station. The tickets are also available at the ticket offices around the city. When buying tickets at the outlets, an extra fee of RMB 5 will be charged. It is also doable to buy the ticket online. It is better to book the tickets in advance to make sure you get one during the peak travel time, usually the holidays in China such as the May Day, the National Day, and the Spring Festival.

★When taking a taxi we recommend that you take one that has a legal operating mark, and will take payment according to a meter. Please retain the receipt in case of accident, loss of items or any other dispute. The prices noted above are for normal traffic conditions, if there is heavy traffic or if you take a taxi after 11pm, the prices will be higher.